What Is Ambient Music?

The History of Ambient Music

Ambient music developed in the 1960s and ’70s, when advances in electronic instruments (like the synthesizer) and recording devices made this kind of sonic experimentation possible. No one was calling this music “ambient” at the time, but it was beginning to take a recognizable form. Its forebears and early adopters include Erik Satie, musique concrète, minimal music, Jamaican dub reggae, and German electronic music. While there is still form and structure to ambient songs, they follow their own path — lasting as long as they want and taking us anywhere and everywhere with different sounds and feelings. There is a deep and layered texture to the genre that lends itself to creative projects of all kinds.

Although the type of ambient music we’ll cover in this article is specific to the use of a synth, the idea of background music had been around for a long time and was even referred to as “furniture music” (viz. Erik Satie — a huge influence on Eno). So, primarily you’ll hear strings (orchestral) and piano. The idea was that the music could play in the background and not distract anybody in the room, inviting deeper and more stimulating conversation. Think of it as a recording of a four-string quartet that would have been standing in the corner of a room in an aristocrat’s mansion.

So where did the name come from? Look no further than the godfather of ambient music himself, Brian Eno. His first self-proclaimed ambient album was released in 1978 appropriately titled Ambient 1: Music for Airports (talk about listening to something in the background). He would eventually go on to release three more parts to the Ambient saga — the first album is widely considered to be the best ambient album of all time. Eno claimed that the album was meant to “induce calm and a space to think,” which then kicked off a movement of ambient artists and albums from Hiroshi Yoshimura to Aphex Twin to many, many more.

Ambient music is much different now, trending more toward electronic dance music, but one of the most popular YouTube channels out there now is a constant looping animated video of a girl studying in her room with a cat, both hanging out during a rainstorm. The video cycles through ambient songs submitted by various artists from around the world. In my opinion, this is the most relaxing bit of content you can find on the platform.

Another term for ambient these days is “lo-fi,” which basically just means “low fidelity,” and is all about imperfections in the recording and sounds. Often, ambient music gets looped into this genre because the two share similar free-form structures, usually with long run times.

The Best Uses for Ambient Music

So, when it comes to how to use ambient music, the first and most obvious example is in the background of any brick-and-mortar business. What better sounds to fill the space while your customers shop or spend time in your building? However, if you plan on going down this route, it’s important to know you need to license the music. Since you’re using the music as part of your business, it’s important to get the proper license for the songs being used. We’ve assembled a list of some of our best ambient tracks below.

Once you’ve explored our stacked library of incredible ambient songs, how about some free sounds and beats you can use to create your own ambient tracks? I’ve found success in the past playing with different stems and beats that end up forming their own song that fits perfectly as a background for my video or project. The best part about ambient is that it just needs to sound nice under the footage. It doesn’t have to be a masterpiece.

Aside from listening to ambient music on your own, let’s talk about situations when you might get a request to include ambient music in your work (for clients or for video projects).

When to Use Ambient Music in Video

I can confidently say that if you’re in the corporate video world, you will almost always need some form of ambient music playing behind your footage, regardless of the brand or company you’re working for. There’s nothing worse than silence between interviews, B-roll, or really any type of event coverage. Often, clients’ very first note will be about the music or the sound of the video. To prevent this, I’ve found it’s always best to have an ambient track playing in the background. Even if the track doesn’t match the tone or branding guidelines laid out by the client, these ambient tracks act as placeholders while the client and I determine precisely what sound they want.

The only thing that could make good ambient music even more relaxing would be beautiful visuals. Lucky for you, Videvo has been releasing what we’re calling “Videvoscapes.” These are background video soundscapes paired with beautiful, high-definition nature footage shot all over the world. They’re perfect for relaxing or playing in the background while you work throughout the day. Check out our latest Videvoscape below— “Pastel Sunsets”. (Oh yeah, it’s also almost two hours long! It is ambient, after all.)

I’ve had this video playing in the background the entire time I’ve been writing this article. Not only is it pleasant background music, but it’s actually helping my productivity as a whole. Here’s another one we released called “Cities by Night,” which is even longer at around four hours!

The best part about ambient tracks is their unassuming nature. They don’t scream for attention, and they will never distract your clients (or customers or patients . . . ) in unwanted ways. My personal favorite ambient album of all time is Green by Hiroshi Yoshimura (1986). I recently purchased this one on vinyl, and it’s worth noting that in the liner notes, he writes “There was a time when I found myself dozing off while making this music. I must have been very relaxed. During mixdown, even the mixing engineer was comfortably snoring.”

So now that you know what ambient music is, how will you incorporate this incredible genre into your workflow? Take your time — ambient music sure does.

Looking for more FREE affects? Check these out. 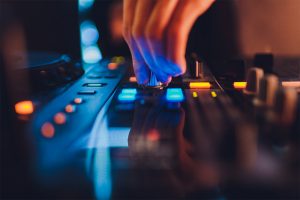 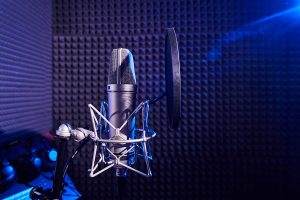 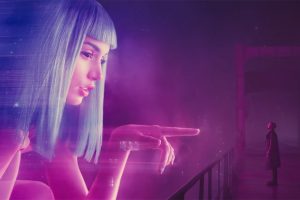