Here are the best free animation software applications for every situation.

A career in animation begins with learning the software, and while you can study the craft in school, you can also teach yourself. However, being an autodidact in this field can still be quite expensive. The best animation software applications are expensive, many of which use a yearly subscription that isn’t easy on a student’s budget.

We’ve compiled a brief list of the best free animation software you can download. Though you’ll want to master industry-leading software down the road, the software applications below will help you cut your teeth as an animator — for free.

Best All Around: Blender

No other free animation software does as much as Blender. The open-source software is entirely free to download and use. Whether you’re an animation beginner or a professional working on a commercial project, Blender never asks for a cut. Other software applications, such as Unreal Engine or Unity, is also free until you make a certain amount of money, at which point you owe the company a cut of the revenue.

Unlike other software applications on this list, Blender is genuinely a complete animation pipeline. From character rigging to lighting to rendering, Blender is useful every step of the way. Though mostly known as a 3D animation software, 2D animation is also doable. This video here provides a brief glimpse into 2D Blender animation.

Besides being free to use, Blender is continuously being updated with new features and improvements. Another great thing about using Blender is the community, which is highly active. It’s led to many users sharing their knowledge online. YouTube is the perfect example of this; it’s packed with tutorials and slick, looped renders that will bring you inner peace — like this (you’re welcome).

You may know Epic as the company that made Fortnite and owns the Epic Games Store. But before they were hot-dropping people off a flying school bus, Epic changed the gaming industry with its Unreal Engine. In gaming parlance, an “engine” is a suite of development tools shared across a studio to streamline game-making. In Epic’s case, Unreal Engine 5 is comprised of rendering, scripting, lighting, sound design, and animation — the list goes on.

The same software used to power virtual production volumes for shows like The Mandalorian is also quite adept at 2D and 3D animation. For example, an episode of Netflix’s Love, Death + Robots was made using Unreal Engine — it looks incredible (above). With Unreal Engine, you can use animation tools to create animated films or video games. If video games are your passion, learning this industry-standard tool is a must.

As mentioned before, Unreal Engine is free up to a point. According to the license, Epic is owed a 5% royalty of lifetime gross revenue after a project exceeds $1 million. You don’t need to worry about this unless you make $1 million on your next video game or animated film — in which case, congrats!

If you have to know one thing about OpenToonz it’s that the world-famous Studio Ghibli uses it. The software is based on Toonz, which was partly used to make Princess Mononoke. Since then, Studio Ghibli has customized the software, which a third party has developed into an open-source animation software application. Other studios besides Studio Ghibli also use OpenToonz. Studio Chizu, for example, made arguably the best-animated film of 2021, Belle, using OpenToonz.

OpenToonz is free to download and use for both non-commercial and commercial projects. The software can be used as a stand-alone product, or you can download the three plugins for the complete package. The three plugins are GTS, effects, and KumoWorks. GTS is a Studio Ghibli-developed scanning tool for digitizing hand-drawn animations. The effects plugin uses machine learning to add effects or change the style of the artwork. Finally, KumoWorks turns simple lines into clouds. It doesn’t sound like much until you see it in action.

The software works on Windows and macOS computers, though GTS is only available on Windows.

With 100 pre-loaded brushes and various textures and customizations, Krita is more of a painting application than an animation platform. However, the software does have an Animation mode. In the video below, you can see Krita in use to recreate a popular scene from Studio Ghibli’s My Neighbor Totoro.

Because of the heavy painting influence, this software might feel more familiar to you if you have experience with Photoshop or Procreate. In fact, Krita is aware of this and offers an explainer for people coming from Photoshop. Also, .psd files are compatible with Krita.

Krita is free to use, both personally or commercially. The software is only available to download for Windows through the Windows, Steam, or Epic Games stores.

Synfig is a 2D animation software application that differs from the others. Rather than using brushes or hand-drawn scans, Synfig animation relies on vector artwork. Using vectors can be less time-consuming than hand-drawn 2D animation, and Synfig appears to be an application that’s easier to grasp. The U.I. is minimal compared to some of the other software applications listed here, but the timeline will be familiar to anyone proficient with video editing software.

Synfig is available for Windows, Linux, and macOS — macOS users will need to install XQuartz. The open-source software is offered under the GNU GPL v3 license.

With a barebones U.I. and a limited toolset, don’t expect Pencil2D to wow you. That being said, it’s the best animation software application if you’re starting from zero. It’s lightweight and easy to pick up, a claim other software apps on this list can’t make. Admittedly, animation on this software has a Microsoft Paint quality, but as demonstrated in the video below, Pencil2D can produce beautiful work in the right hands.

The current version of Pencil2D (v0.6.6) is available on Windows, macOS, and Linux. It’s free, open-source, and you can use it commercially.

Alejandro is a freelance writer who covers the intersection between consumer technology and fields such as content creation, video production, and video games. He has bylines in Input, Crunchyroll/Funimation, The Inventory, UploadVR, and more. Cooking and spending too much money on books/manga/graphics novels are his passions. 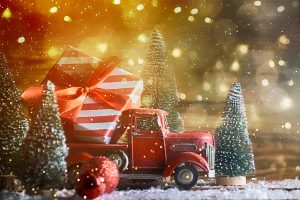 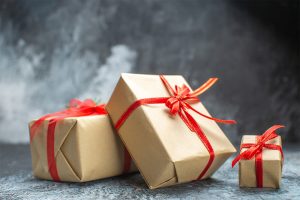 15 Free Plugins for Adobe After Effects