A film’s director provides the overall “vision” for the film. Let’s look at some of the cinematic highlights of 2022 through this distinctive lens.

Let’s talk about Barbarian, Zac Cregger’s indie horror film that debuted late this year and has everyone abuzz. It’s a story about a young woman who shows up at an AirBnB rental late at night and discovers the place already has a resident. Confusion ensues, but eventually Tess (played by Georgina Campbell) and Keith (played by Bill Skarsgård) sort things out and sorta-kinda get friendly. Then Keith goes down into the basement and things get really strange.

No, scratch that. Things get BONKERS.

Cregger has talked about how reading Gavin de Becker’s The Gift of Fear inspired him to write a script involving as many subconscious red flags he could pack in. And then, realizing all he had was a one-act play without a resolution, he threw in a twist (“Hey, let’s send someone down to the basement!”), which flipped the script from an Aaron Sorkin-style talking heads project to a Haunted House rollercoaster ride on a wooden track that is on fire.

A lot of film’s praise mentions the unusual structure of the film, and at the same time, waves off actually talking about this structure. In one of those classic Hollywood ironies, Cregger spent years trying to raise money to shoot Barbarian but was constantly turned down because the script broke so many rules. When he finally found a team who wanted to play, it was these very qualities of the script that excited them. Which is one of those unspoken-but-utterly-critical rules of making a film: have a vision, and have the confidence to stick to it. Audiences are jaded, after all; all they want is to feel something new or novel. It is the strong voices that get them sit up in their seats.

Which leads us to David Cronenberg, an iconoclast who has been eschewing the easy path for years. His latest, Crimes of the Future, is quintessentially Cronenberg. At its core, it’s a story of self-discovery, but it’s also an extended commentary on the vitality of art, the evolution of humanity, and the death of feelings.

Cronenberg starts with a simple idea — what if we do away with pain? — and heads off into the weeds from there. How do we navigate human intimacy if a critical part of our sensory experience is gone? If this is evolution, then what happens next? The characters speak as if they are promulgating manifestos.

“Surgery is the new sex.”

“What we’re doing is making art out of anarchy. We’re creating meaning out of emptiness.”

Cronenberg has been making films that explore our secret carnal urges for years, and his actors enthusiastically embrace their roles. As a result, we get a film where characters talk about harvesting each other’s organs as an expression of love and commitment, and the audience starts to wonder about the vitality of their own relationships.

Love Is a Many-Splintered Thing

And speaking of complicated human relationships, Everything Everywhere All At Once, Daniel Kwan’s and Daniel Scheinert’s absurdist commentary on the pointlessness of nihilism and the unbreakable bonds of found family, follows a middle-aged laundromat owner whose life is about to completely unravel. She’s being audited by the IRS, her husband is serving her divorce papers, her aged and intractable father has recently arrived from Hong Kong, and she has lost touch with her lesbian daughter. Oh, and the entire multiverse is in danger from a deranged entity known as Jobu Tupaki, who is systematically taking over parallel universes in an attempt to bring everyone into the embrace of the Everything Bagel — the nihilistic emptiness that provides a release from the eternal pain of existence.

Evelyn (masterfully played by Michelle Yeoh) is contacted by Alpha-Waymond (the Alpha-Universe version of her husband, played with delightful sure-footedness by Ke Huy Quan), who tells her that she is the only one who can save all the universes. In order to do so, she must master “verse-jumping” — a technique wherein you sync up with a parallel version of yourself, thereby accessing all of their life skills. Naturally, this syncing requires the present you to dramatically perform some action that radically shifts you closer to that other version of you.

The Daniels (and the actors) embrace this absurdity with utter gusto, and it’s only when the film hits peak absurdity that the emotional core of the film is revealed. Everything Everywhere All At Once is a high-wire act that deconstructs reality and makes a passingly seductive argument for embracing nihilism before it comes back to an unassailable truth.

The Allure of the Dark Side

Olivia Wilde’s Don’t Worry Darling seems like a pitch-perfect recreation of a time and place that never existed outside the movies. Alice (played with stoic fragility by Florence Pugh) lives with Jack (played with a loose-limbed insouciance by Harry Styles) in a utopian community that is safe from, well, everything else. All is perfect in the town built by the Victory Company, but Alice is unsettled by dreams she is having. Of course, not all is right in Stepfordville, and Alice (and the audience) eventually gets a peak behind the curtain and discovers how bad things really are.

Wilde says the film is inspired by Inception, The Matrix, and The Truman Show, which is to say films wherein the protagonist and the audience are equally in the dark as to what is really going on. But Don’t Worry Darling asks some pointed questions about the underlying integrity and intent of this consensual (and non-consensual) reality. What happens when you realize you weren’t asked if you wanted to be a part of someone else’s version of what is real? Don’t Worry Darling is Oliva Wilde saying “Hold my beer” to George Cukor (who directed Gaslight in 1944, which is the story of a man who drives his wife insane in an effort to steal from her).

Unflinching Nihilism Is the New Black

And then there is Andrew Dominik’s Blonde, a fictional retelling of the life of Marilyn Monroe, loosely based on the novel of the same name by Joyce Carol Oates. On the one hand, everyone involved in the project leaned in to support the director’s vision (including a mesmerizing performance by Ana de Armas in the titular role); on the other, it’s two-and-a-half hours of your life spent in thrall to a vision that is unremittingly bleak and as grossly complicit in its exploitation as it is in commenting on the same. If Dominik is offering us thoughts about the nature of family and about our desire of companionship, it’s hard not to come away from Blonde thinking that any of us should expect anything other than abuse and degradation.

On the lighter side, we have Top Gun: Maverick, which is director Joseph Kosinski’s fourth feature film. (This guy’s debut was Tron: Legacy, which put him ahead of the game in many ways). Maverick wasn’t a simple project (Tom Cruise and a dozen F-18s, notwithstanding). The original was directed by Tony Scott, a idiosyncratic stylist who single-handedly crafted the visual playbook for ’90s action film; it launched Tom Cruise‘s career into the stratosphere, and expectations were equally high for the sequel; and it was a touchstone that anchored most of our nostalgia for the ’80s.

Kosinski wisely embraces all of those challenges as guidelines instead of hurdles. This directorial focus resulted in a film that is, in many ways, a better film than the original. Why? Because thirty years of movie making technology allowed the audience to participate more completely in the film. We are in those jets as Maverick and his team make their attack run on the Death Star . . . er, the unnamed nuclear production site.

Immersion Is the New Reality

We’d like to direct your attention to the ten-minute Prague sequence in the middle of The Gray Man, the action blockbuster directed by Anthony and Joe Russo. The Russo Brothers were responsible for the three tent pole films of Phase Three of the Marvel Cinematic Universe, which raised the bar across the board for the immersive level of special effects in cinema. You weren’t the only ones who asked where Anthony and Joe were going to go after Avengers: Endgame, and while The Gray Man doesn’t have the cosmic widescreen superhero explosiveness of a Marvel extravaganza, it has a gritty, street-level intensity that comes off as effortless, but which is filled with an amazing array of technologically complicated cinematic techniques and tricks.

Ten minutes. Several thousand rounds are fired. A dozen cars are wrecked. A hundred stunt people get hazard pay. A commuter train goes off the rails. There are as least as many drones shooting footage as there are on-the-ground camera people. And it’s all filmed on location in the center of a European city. So many moving parts — all working as one — to pull this off.

A strong directorial vision leaves a mark on the audience. Sometimes our worldview is affirmed. Sometimes it is questioned. Sometimes we are left with the lingering feeling that we haven’t been asking the right questions. When you’re thinking like a director, don’t forget to ask yourself What do I want my audience to ask themselves when they leave the theater? 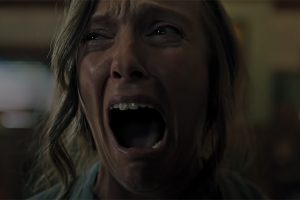 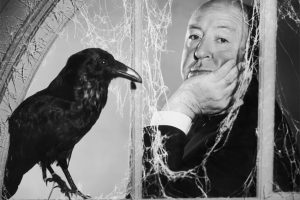