Ethics statement: Before we get started, there are a number of links and references to various products for DSLR video shooting contained in this article. We are in no way affiliated with any of the manufacturers mentioned — these are simply examples of products that we would choose for certain situations based on our own experiences. The Amazon links are not affiliate links, but if you would like to support Videvo financially you can contact us to make a donation!

These days, the amount of information online about DSLR video equipment is monumental! Today I’m going to try and break it down for you, which should hopefully help in making your decisions about what gear to purchase a bit easier.

In the majority of cases, your journey as a DSLR video shooter begins with the acquisition of a DSLR camera — either one that you have lovingly saved up for yourself, or a gift from someone special. You have the camera body, kit lens, an average memory card and a battery. Although this is enough to have a play around with, it’s not quite what you want for capturing breathtaking stock video! I’m going to go ahead and assume you are already the proud owner of a DSLR, as choosing a DSLR body is a whole new topic in itself.

So let’s take a look at some equipment that is suitable for an entry-level stock videographer using a DSLR.

Typically DSLRs record to one of two types of media — SD cards or Compact Flash cards. For the Canon 5D range, the 7Ds and some Nikons, you will need a compact flash card capable of at least 30mb/s (usually noted as 200x on the bottom of the card)

For other DSLRs, such as the Canon 6D, you’ll be shooting on SD cards. Most DSLR cameras tend to come with a class 6 SD card, which is reasonably fast and are great for mid-level photo — but for full HD video it’s not going to cut it. You’ll want to opt for a class 10 SD card. The write speed for a good class 10 is 40-45MB/s and this means that you won’t drop frames, and you won’t be hindered by fragmentation/corrupt footage.

Due to the way that data is written to the card, the remaining available memory becomes divided which means that fragmentation occurs. Faster write speeds help to compensate for fragmentation and ensure that your footage will be captured without a hitch, with no dropped frames.

Due to the way in which the class system works, some cards will receive a class 10 rating and only write at 12mb/s whereas another class 10 card will write at 45MB/s. Manufacturers have tried to help consumers by writing the exact transfer speed of the card on the packaging; look out for this and make sure you are getting the right one!

30 minutes of HD video will take up around 8GB, depending on what you’re shooting on and at what bitrate. For example, a Canon 5D MKii shoots at approximately 38 megabits per second for 1080p HD (or 4.8 Mbyte/s), which equates to approximately 8.6 GB per 30 minutes of footage.Ãƒâ€š  Due to these high data rates, it’s wise to make sure you have at least two or three SD cards with you when you are out shooting.

Shooting video on your DSLR is going to eat up far more battery life than you’re used to when taking photos. A full day of shooting usually means at least 3-5 batteries.

When it comes to buying batteries, like all things, you are faced with choices. The main one: Brand or third party?

Some quick tips for saving battery life while out on a shoot:

An ND filter is particularly important if you are shooting outside, especially if you want to achieve a shallow depth of field while maintaining a slower shutter speed. Many ENG style camcorders have ND filters built in, but with DSLRs sadly this is not the case.

The primary function of an ND filter is to limit the amount of light entering the lens, and in doing so reduce unwanted glare from a scene. By using ND filters, you are able to shoot at wider apertures without overexposing your shots, giving you a more artistic feel to your footage — important if you’re trying to achieve that film look. It also means you don’t have to shoot at crazy high shutter speeds.

Please note that there are both plastic and glass ND filters, glass filters produce a sharper image; here is a glass variable ND filter

Now it’s worth noting that ND filters come in different physical sizes depending on the thread diameter of your lens (typically 58mm or 77mm). You can also buy step down rings which will give you the ability to use your large filters on your small lenses. Obviously, you can’t use small filters on large lenses, so if you go larger you’ll be able to downconvert in the future.

Just so we are completely clear on this, your DSLR onboard mic sucks!

Now we’re on the same page, let’s decide what we are going to do about it.

We all know how much audio can contribute to the overall experience of a video (in some cases it is actually more important than the visuals). So with that in mind, you need to find a good recording solution that will bring your production value up without bringing your bank balance down (too much!)
For the most part, the best choice is going to be a shotgun mic — something like the Rode NTG-2 shotgun mic. Recording clear audio can often be a challenge, but the Rode will put you in a good starting place and is ideal for experimentation.

Unfortunately, most DSLRs don’t come with an XLR in port and phantom power. This means that you will want to invest in a handheld recorder. Here is a nice option at an affordable price – the Zoom H4n: The Zoom H4n, in our opinion, offers the best value for money for a handheld audio recorder right now. It has two XLR in ports with phantom power as well as it’s onboard stereo microphones (which are actually not too bad )

It’s always important to be able to safely transport your gear. That said, the best way to safeguard your camera and equipment is usually to have it packed away in something designed to protect it. I would recommend the Lowepro fastpack 350 Quick Access Backpack. I’ve used this on many Videvo stock shoots, and it does the job just fine. It fits my DSLR, lenses, laptop and a wealth of other bits and bobs. It’s also pretty comfy, which is important if you’re going to be walking any sort of distance.

I don’t want to go into this too much as it could be a whole blog post in itself! One of the primary reasons that people choose DSLRs for shooting video is the ability to use interchangeable lenses. Before DSLRs joined the scene, video cameras below Ãƒâ€š£3500 tended to come with a fitted lens that you could not change. This was extremely limiting and left the amateur/hobbyist in a sticky situation. Luckily this is 2013 and we don’t have to worry about such things. The most common question asked online by people new to DSLRs is ‘Which is the best lens overall which is multi-purpose and can do everything?
The answer, unfortunately, is that there is no such lens — and if there were, it would cost an absolute bomb!

Different lenses are required for different circumstances, and generally speaking there are two types of lenses; prime lenses and zoom lenses.

If you are filming a short film for example, you will most likely want to equip yourself with a set of prime lenses; they are generally sharper and faster than zoom lenses. They also tend to have a higher maximum aperture, which means better low-light performance as well as achieving a shallow depth of field that filmmakers so crave. Primes make the user have to think a lot about the positioning of their camera due to the fact that they have a fixed focal length. This is useful for beginners because it produces a mentality of positioning a good shot based on camera positioning, and not relying on a zoom lens.

Zoom lenses are great if you’re looking for flexibility and versatility. These are actually my preferred choice of lens if I’m out on a stock shoot and I want to be able to achieve close-ups and wide shots without changing lenses too often. The drawback with zoom lenses is that typically they are not as sharp as their prime counterparts, and they generally have a lower maximum aperture, which means poorer performance in low light and increased depth of field (less bokeh!).

So what lens is right for you? Well, if you want something versatile I would recommend going for something like a 24-105mm zoom lens, and if you’re on a budget try and get it second hand. If it’s been well looked after it will perform just as well as a new lens, and will also hold its value better than most things in this industry! I’ll do a blog post on this soon as it’s just dawned on me what a huge topic this is!

When you’re trying to produce professional high-end video shots, you need your camera to be as steady as possible. With this in mind, sorting yourself out a tripod early on is a absolute must. Stability is even more important for producing videos than it is for still photography, and considering how many photographers use tripods — you should be able to deduce that it’s imperative for you to have one.

When buying a tripod, you need to remember this piece of information:

You don’t want a photo tripod.

These are more common in your local photography store, and are much cheaper. This tempts new videographers into buying them, and they are unfortunately useless for any kind of video shooting.

Photographic tripods do not give you the same control over the camera that a video tripod will. The fluid head of a video tripod gives you far more control than the ball head of a photo tripod, and allows you to tilt and pan smoothly without ruining your shot.

A good starter option for the DSLR filmmaker is something like the Konig KN-110 video tripod.Ãƒâ€š There are many different manufacturers and brands of tripod, and like most things in the video industry the more you pay the higher the quality. The Konig is a good choice as I’ve always found the fluid head to be exceptional for the price, and it is more than sturdy enough for DSLR video shooting. It is also pretty lightweight, which helps if you’re planning on moving around a lot.

So that concludes our starter’s guide to DSLR equipment — if you’re a complete beginner hopefully this has helped you answer a few questions about where to invest your money. 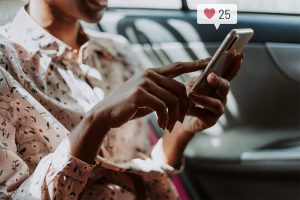 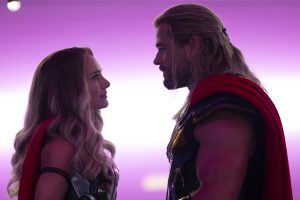 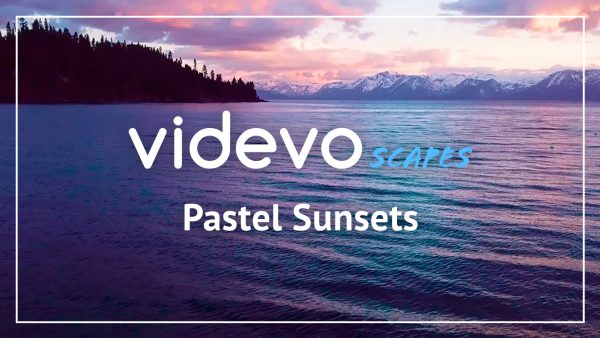