Movies are more than eyeball-melting special effects, Technicolor vistas, and complicated camera work. What makes them truly memorable is the dialogue.

The screenwriter’s value is often dismissed when it comes to who makes the spectacle that fills the big screen.

“Yes, but the director has a vision.”

“Yes, but we spent eighty bazillion dollars on special effects.”

And those are all valuable points about what makes a spectacle a spectacle, but if the words coming out of the characters’ mouths are leaden, soggy, and downright cringe-inducing, well, guess what your audience is going to be talking about tomorrow on their social media channels?

Case in point: that billion-dollar behemoth that should have been an excuse to print money for the studio that made it. Instead, they released a turgid albatross shoved inside a moth-eaten cat suit. Sure, you showed up because you were curious about whether you could really put an albatross in a cat suit, but once you’ve seen it done, there wasn’t much else to stick around for, was there? Oops.

Actors can do amazing things with words. It is their job, after all, but those words — in that order — have to make at least as much sense as your uncle’s homage to his Beat Poet buddies that the extended family suffered through at the last holiday gathering. And that’s not a high bar to clear, really. All the screenwriter has to do is write dialogue that delivers direction, escalates conflict, and reveals character motivation. Preferably in the same sentence.

When they don’t, you end up with eight episodes of people LARPing across pretty landscapes while trying not to reveal a secret that everyone already knows. Or you make a film about dinosaurs that is filled with scenes of people looking awkwardly at each other because they know all the fun stuff is going to be CGI’d in later.

“Getting a paycheck. You?”

“Same. Is that tennis ball on a stick the T-Rex?”

“No, I think that’s one of the ultragigaraptors.”

“Cool. What’s your motivation for this scene?”

“Making it to lunch.”

The Importance of Knowing When to Show Up

Fiction writers can meander, especially if they are, like Charles Dickens, getting paid by the word. They can noodle on about how the color of the sunset made the protagonist think about the woman he left behind when he shipped out, and now, bunched like frightened sardines in a can waiting for the boat to hit the shore, all he wants is to see her one more time even though he knows that when he and all his buddies hit that beach, he will likely die — a death which, in the history books that are written later, will be one of tens of thousands of deaths that happened that day.

Yeah — try turning all that into dialogue. You’re going to be shoving a two-page monologue into the space between when the boat hits that last wave and when the assault starts. Maybe Quentin Tarantino can make it work, but the rest of us? We’re better off working with one of Kurt Vonnegut‘s Eight Rules for Writing, which is “Enter as late as possible.”

Sure, Steven Spielberg could have spent a half hour giving us all sorts of character backstory on Tom Hanks’s Captain Miller before throwing him onto the beach at Normandy in Saving Private Ryan, but instead he put us in the fight with Miller. Later, when he dawdles and gives us backstory about the character, we’ll put up with it because we’ve invested in the guy.

Storytelling May Be Linear, But Information Flow Isn’t

David Leitch’s Bullet Train moves in one direction and one direction only: forward. We have to sit down and hang on, just to keep up with what is happening on screen. The “why” isn’t as important as the “what.” Eventually, though, once all the pieces are in place, the film comes together in that brilliant “a-ha!” moment. We like these moments because we like solving puzzles, but knowing how the pieces fit together is almost more important than having all the pieces.

Don’t be like Agatha Christie. She hadn’t decided who the murderer was in Murder on the Orient Express until she got to the end and then threw up her hands and said, “What the heck. They all did it. Whatever.”

Zak Olkewicz’s script (from Kōtarō Isaka’s novel) cheats a bit because it dumps information on us, but Leitch cleverly wraps these chunks of exposition with flashy action. And, later, when we are given more details of all this backstory — the Hornet’s involvement, what the twins were doing in Bolivia, Ladybug’s relationship to Carver — we are ready for these details. We know how they make the puzzle fit together. Tell us what we need to know when we need to know it. Not before, because we’re easily distracted by fancy costumes and splashy special effects.

“Look, Bob. Let Me Explain What You Already Know.”

And while we don’t need to know everything, we need to know enough to keep up. You can always tell when your information flow is all backwards or eating its own tail when characters start telling each other things they already know. Why? Because the screenwriter is worried that the audience isn’t going to understand what is happening without having the intricacies explained. If you find yourself writing a line of dialogue that starts with “As you know . . . ,” just stop.

Look. We don’t need to know everything. Explanations slow things down. Backstory isn’t forward motion. Chunking out blocks of highly technical jargon is “chunking.” The only person who can get away with info dumping on the audience is Adam McKay because he knows that we’ll put up with it if Margot Robbie is the one telling us and she’s in a bubble bath while she’s doing it.

What God Wants, God Gets; Everyone Else Has to Do the Work

At the core, every scene boils down to two simple questions:

What does a character want?

Why can’t they have it?

David Mamet, in his infamous memo to the writers on The Unit, argues that an audience tunes in for drama, not information. The writer’s job is to craft every scene in a manner that creates drama. (See one of Vonnegut’s other rules: “Every character should want something, even if it is a glass of water.”)

A scene has no movement if it isn’t trying to resolve something. Why are these characters in the scene? Where are they going? Why can’t get they get there? What do they want? Why can’t they have it? Each decision a character makes must move them closer to their goal, even if that movement creates more tension and more problems.

Aaron Sorkin’s Being the Ricardos focuses on one week in the lives of Lucille Ball and Desi Arnaz as they prepare for an episode of I Love Lucy. At the same time, there are rumors that Lucy is a communist, and she’s suspicious of why Desi is staying out. The question — “Why aren’t you coming home?” — permeates the whole script. Lucy asks it early on. Desi deflects. Other things happen. She asks it again. She doesn’t get an answer. We learn about Lucy and Desi’s relationship. Other events intrude. They manage to film the episode and put to rest the question of Lucy’s ties to communism. We forget about Lucy’s question. But she hasn’t. All she wants, throughout the entire script, is that answer, and Sorkin, masterfully, keeps pushing off answering it.

All Those Good Intentions Make For a Bumpy Road

Which brings us to a basement of a bar in France where a bunch of Nazis, a couple of spies, a German actress, and one SS Officer all gather for a friendly drink. We’re talking about the basement scene in Quentin Tarantino’s Inglorious Basterds. It’s a simple set-up (spies in a bar, trying not to get shot) and is presented as a not-entirely-jovial chat about accents and card games. Tarantino winds the tension tighter and tighter by consistently applying the three rules from above: movement, conflict, character. What do the characters want? Why can’t they have it? How are they going to get it? He keeps us on the edge of our seats by constantly pushing off the answers to these questions. Drama comes from being unable to go directly from Point A to Point B.

The metric is that one page of a screenplay is the equivalent of one minute on the screen, and every line you put in a screenplay that isn’t dialogue is dead time on screen. Sure, you need some markers — “EXT: NIGHT. The city is on fire.” — but most of the stuff about what the characters look like or the details of where they are or what they’re doing with their hands is going to be sorted out by the director, the actors, and the thousand other people who are involved in the film.

Let them do their jobs. Yours is to give them all the jet fuel they need to get this bird off the ground! 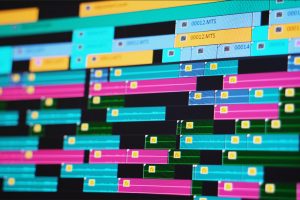 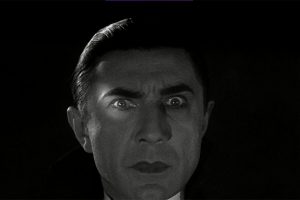 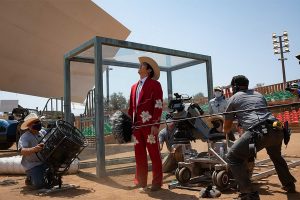