The dolly zoom is an effective technique for creating disorientation in-camera. Here’s what you need to know to pull it off.

Camera moves can tell a story, and there are few as unique as the Dolly Zoom. In this tutorial, we’ll give you examples of how the move has been used in popular movies and how it works — as well as a few cool ways to pull one off yourself.

What Is a Dolly Zoom?

Luckily for us, the name sort of defines itself. The first word, “dolly,” refers to the action the camera is taking by either moving toward or away from the subject in focus. This is typically done with a dolly, a piece of filmmaking equipment that moves the camera smoothly, but it’s also possible with a slider, a crane, or even a gimbal.

The second part, “zoom,” refers to the action of the lens attached to the camera. As the dolly moves in a specific direction in relation to the subject, the zoom will do the opposite. Literally, as the camera gets closer to the subject, the lens will zoom out, giving the viewer a wider field of view. The dolly zoom combines both the dolly and the zoom into one unique camera move.

The effect this of this move is quite unique and instantly recognizable. The dolly zoom is also sometimes referred to as the “Vertigo Effect,” coined for its original use in Alfred Hitchcock’s film, Vertigo. Hitchcock used the move to create a disorienting effect as the main character goes higher and higher up a staircase.

That’s not to say you can only use the dolly zoom to convey disorientation. Apollo 13 and Ratatouille use the effect to convey a character coming to a realization. Additionally, the Lord of the Rings: The Fellowship of the Ring and Poltergeist use it to convey something scary or supernatural. There are many ways to use this effect in your storytelling.

How to Pull off a REAL Dolly Zoom

There are a few moving parts behind a real dolly zoom, and it’s not quite as easy as it may seem. The entire move has to be fluid and without stuttering; otherwise, it ruins the shot. You’ll have to account for the first part, the dolly. Will you be using a traditional dolly and track, a slider, a skateboard, or a gimbal? Make sure the entire move is precise and as smooth as possible.

Secondly, you’ll need a zoom lens, so shooting with a prime lens or a phone won’t cut it. The wider the range of the lens, the better — you need enough length to pull off the effect. The zoom function should happen in unison with the dolly move, and it may take some rehearsal to get the timing right.

Finally, you’ll want to maintain focus on your subject throughout the entire move. There are a few factors fighting against you here. As you move toward or away from your subject, obviously your point of focus is going to move with the camera. Next, as you zoom in and out, the lens’s focus is going to shift this as well. Now you’re fighting two forces acting on your focus.

Luckily, thanks to ever-evolving camera tech, auto-focus in-camera has gotten a lot better, so you may be using a camera with active AF. Still, many cameras either don’t have AF or don’t perform as well as we’d like. This is why pulling off a great dolly zoom can be difficult without at least one other person lending you a hand.

There is still a way to get a great-looking, dolly zoom-type shot while eliminating one portion of the process: the zoom. You will still need to do a real dolly shot and maintain good focus, but taking out one step can make this move achievable by a one-person crew.

Once you’ve brought your dolly shot into your editor of choice (our example is Adobe Premiere), you’ll need to drop it into a timeline that is framed smaller than your native footage. For instance, if you shot in 4k, you’ll use a 1080P timeline. This will give you enough resolution to zoom in and out in post.

At the very beginning of your clip, you’ll need to enable keyframes on both the “scale” and “position” portions of the effects panel. Adjust the framing of your shot here, and leave some room to zoom out later.

Now move to the end of the shot. Using the keyframes, reframe your shot similar to the beginning, but your scale should be a bit wider than before (EX: 85% at the beginning, 60% at the end).

As long as the subject’s framing remained relatively the same, the effect should be pretty easy.

If you’re like me (in the video), you may have some videos where you’re not only shooting and recording but also starring as well. How are you supposed to pull off a dolly zoom without your hands even on the camera? Green Screen! We’ll use a similar technique as above, but we’ll eliminate both the dolly and the zoom. I achieved this by shooting it in two parts. One part is me, in front of the green screen, and another shot is just the background.

In my editor, I’ll remove the green screen and composite myself in front of the background. Now, using keyframes, I’ll adjust the size and scope of the background shot without affecting my subject shot. I now also have the flexibility to either zoom in or zoom out, a choice I can make in editing. This may be a bit more labor intensive (setting up a green screen) and involve a few more steps in post, but a dolly zoom all on my own isn’t possible any other way.

I hope this gave you a few more insights into the unique camera move, the dolly zoom, and a few ideas for how you can pull one off yourself.

Anthony Najera is a freelance filmmaker based in Dallas, TX. He runs his own production company, "Colectivo Creative Media", which specializes in content creation, music videos, and corporate videos. He fancies himself a pizza connoisseur and loves talking endlessly about his passion for coffee. 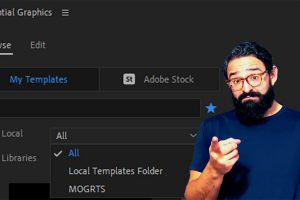 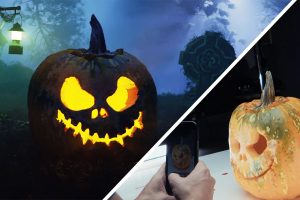 How to Photoscan 3D Objects Using Your Phone—For Free 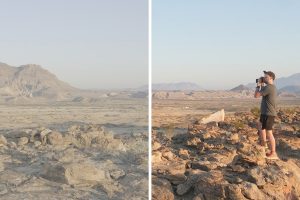 How to Fit Stock Footage into Your Edit Seamlessly